This build empowers Fischl's Electro DMG on her skills. You could also use a full Noblesse Oblige set if you find yourself using her Elemental Burst very often. The Stringless is the preferred weapon. 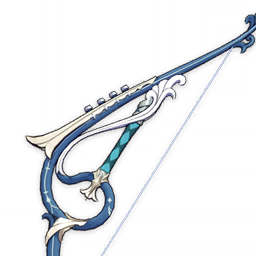 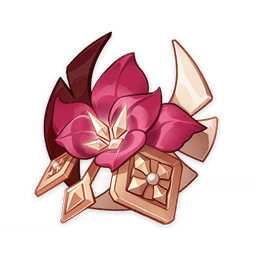 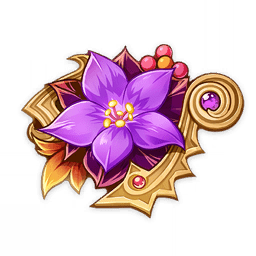 This build is more commonly known as machine gun Fischl and it takes advantage of all the additional procs of damage she gets on every hit by stacking ATK SPD and ATK.

When an Elemental Skill hits an opponent, ATK is increased by 9% for 7s. This effect stacks up to 2 times and can be triggered once every 0.3s. Once 2 stacks are reached, the 2-set effect is increased by 100%. 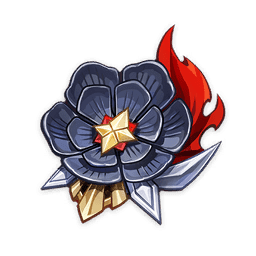 Perform a more precise Aimed Shot with increased DMG.
While aiming, the dark lightning spirits of Immernachtreich shall heed the call of their Prinzessin and indwell the enchanted arrowhead. When fully indwelt, the Rachsuchtig Blitz shall deal immense Electro DMG.

Summons Oz, the night raven forged of darkness and lightning descends upon the land, dealing Electro DMG in a small AoE.
For the ability's duration, Oz will continuously attack nearby enemies with Freikugel.

Hold to adjust the location Oz will be summoned to.
Press again any time during the ability's duration to once again summon him to Fischl's side.

Summons Oz to spread his twin swings of twilight and defend Fischl.
Has the following properties during the ability's duration:

Undone Be Thy Sinful Hex

If a character triggers an Electro-related Elemental Reaction when Oz is on the field, the enemy shall be stricken with Thundering Retribution, dealing Electro DMG equal to 80% of Fischl's ATK.

When dispatched on an expedition in Mondstadt, time consumed is reduced by 25%.

Gaze of the Deep

Even when Oz is not present in combat, he can still watch over Fischl through his raven eyes. When Fischl attacks an enemy, Oz fires a joint attack, dealing 22% of ATK DMG.

Devourer of All Sins

When Nightrider is used, it deals an additional 200% ATK as DMG, and its AoE is increased by 50%.

Increases the Level of Nightrider by 3.
Maximum upgrade level is 15.

Her Pilgrimage of Bleak

When Midnight Phatasmagoria is used, it deals 222% of ATK as Electro DMG to surrounding enemies.
When the skill duration ends, Fischl regenerates 20% of her HP.

Against the Fleeing Light

Increase the Level of Midnight Phantasmagoria by 3.
Maximum upgrade level is 15.

Increases the duration of Oz's summoning by 2s. Additionally, Oz attacks with the current character when present, dealing 30% of Fischl's ATK as Electro DMG.

Fischl gets a boost to ATK% as they ascend.

This showcase features Zy0x breaking down everything you need to know about Fischl as both a Main and Support DPS.