Wanderer is an aerial unit with very powerful charged attacks, that unfortunately relies on shields in order to get his damage out without getting staggered. 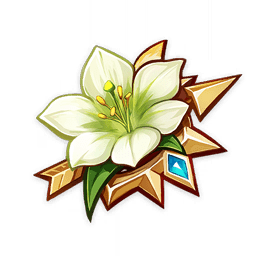 Increases Swirl DMG by 60%. Decreases opponent's Elemental RES to the element infused in the Swirl by 40% for 10s.

Consumes a certain amount of Stamina, gathers a build up of high wind pressure, and deals AoE Anemo DMG after a short casting time.

Calling upon the power of Anemo, the Wanderer plunges towards the ground from mid-air, damaging all opponents in his path. Deals AoE Anemo DMG upon impact with the ground.

Hanega: Song of the Wind

Concentrates the power of the winds to break free from the shackles of the earth, dealing AoE Anemo DMG before leaping into the air and entering the Windfavored state.

The Wanderer cannot perform Plunging Attacks in this state. When he uses Normal and Charged Attacks, they will be converted into Kuugo: Fushoudan and Kuugo: Toufukai respectively; the DMG they deal and their AoE will be increased, and their DMG will be considered Normal and Charged Attack DMG respectively. Kuugo: Toufukai will not consume Stamina.
The Wanderer will hover persistently during this time. While this state is active, the Wanderer's movements gain the following properties:

Running out of Kuugoryoku Points will end the Windfavored state.
A second cast during the duration of Windfavored will also end it.

Compresses the atmosphere into a singlular vacuum that grinds all troubles away, dealing multiple instances of AoE Anemo DMG. If the character is in the Windfavored state due to the skill "Hanega: Song of the Wind," Windfavored state will end after casting.

If Hanega: Song of the Wind comes into contact with Hydro/Pyro/Cryo/Electro when it is unleashed, this instance of the Windfavored state will obtain buffs according to the contacted element(s):

You can have up to 2 different kinds of these buffs simultaneously.

When the Wanderer hits opponents with Kuugo: Fushoudan or Kuugo: Toufukai in his Windfavored state, he has a 16% chance to obtain the Descent effect: The next time the Wanderer accelerates in mid-air while in this instance of the Windfavored state, this effect will be removed, this acceleration instance will not consume any Kuugoryoku Points, and he will fire off 4 wind arrows that deal 35% of his ATK as Anemo DMG each.
For each Kuugo: Fushoudan and Kuugo: Toufukai that does not produce this effect, the next attack of those types will have a 12% increased chance of producing it. The calculation of the effect production is done once every 0.1s.

Mora expended when ascending Bows and Catalysts is decreased by 50%.

Increases the Level of Kyougen: Five Ceremonial Plays by 3.
Maximum upgrade level is 15.

When casting Hanega: Song of the Wind, should the Passive Talent "Jade-Claimed Flower" be triggered, the character will gain buffs in correspondence to the contacted Elemental Type(s), and also obtain a random untriggered buff. A maximum of 3 such corresponding elemental buffs can exist simultaneously.
You must unlock the Passive Talent "Jade-Claimed Flower" first.

Increase the Level of Hanega: Song of the Wind by 3.
Maximum upgrade level is 15.

When the Wanderer actively hits an opponent with Kuugo: Fushoudan while in the Windfavored state, the following effects will occur:

Wanderer gets a boost to CRIT Rate as they ascend. In this showcase, Braxophone breaks down all the intricacies of playing Wanderer and the optimizations you can do to get the most out of his kit.