Yun Jin excels at empowering DPS characters that rely on their normal attacks. 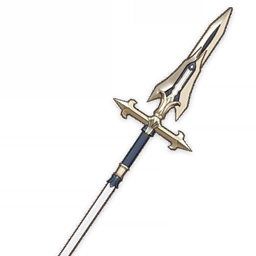 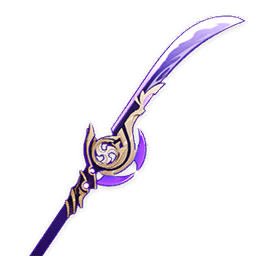 A character equipped with this Artifact set will obtain the Curiosity effect in the following conditions: When on the field, the character gains 1 stack after hitting an opponent with a Geo attack, triggering a maximum of once every 0.3s. When off the field, the character gains 1 stack every 3s. Curiosity can stack up to 4 times, each providing 6% DEF and a 6% Geo DMG Bonus. When 6 seconds pass without gaining a Curiosity stack, 1 stack is lost. 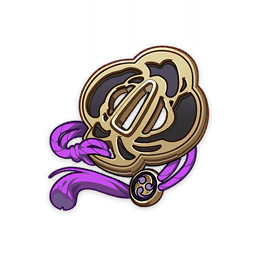 Ms. Yun may just be acting out fights on stage, but her skills with the spear are real enough to defend against her foes.

Flourishes her polearm in a cloud-grasping stance, dealing Geo DMG.

Takes up the Opening Flourish stance and charges up, forming a shield. DMG Absorption is based on Yun Jin's Max HP and has 150% effectiveness against all Elemental DMG and Physical DMG. The shield lasts until she finishes unleashing her Elemental Skill.
When the skill is released, when its duration ends, or when the shield breaks, Yun Jin will unleash the charged energy as an attack, dealing Geo DMG.
Based on the time spent charging, it will either unleash an attack at Charge Level 1 or Level 2.

When Normal Attack DMG is dealt to opponents, Bonus DMG will be dealt based on Yun Jin's current DEF.
The effects of this skill will be cleared after a set duration or after being triggered a specific number of times.
When one Normal Attack hits multiple opponents, the effect is triggered multiple times according to the number of opponents hit. The number of times that the effect is triggered is counted independently for each member of the party with Flying Cloud Flag Formation.

Using Opening Flourish at the precise moment when Yun Jin is attacked will unleash its Level 2 Charged (Hold) form.

When Perfect Cooking is achieved on Food with Adventure-related effects, there is a 12% chance to obtain double the product.

Opening Flourish's CD is decreased by 18%.

After Cliffbreaker's Banner is unleashed, all nearby party members' Normal Attack DMG is increased by 15% for 12s.

Increases the Level of Cliffbreaker's Banner by 3.
Maximum upgrade level is 15.

Flower and a Fighter

When Yun Jin triggers the Crystallize Reaction, her DEF is increased by 20% for 12s.

Famed Throughout the Land

Increases the Level of Opening Flourish by 3.
Maximum upgrade level is 15.

Characters under the effects of the Flying Cloud Flag Formation have their Normal ATK SPD increased by 12%.

Yun Jin gets a boost to Energy Recharge as they ascend.

In this showcase, Braxophone breaks down all the intricacies of playing Yun Jin and the optimizations you can do to get the most out of her kit.