This build focuses on empowering Ganyu's charged attack with the Wanderer's Troupe set since it amplifies both the initial hit and the AoE explosion from each shot. This build is ideal for Melt teams. 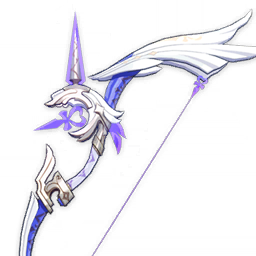 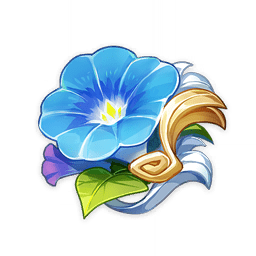 Increases Charged Attack DMG by 35% if the character uses a Catalyst or Bow. 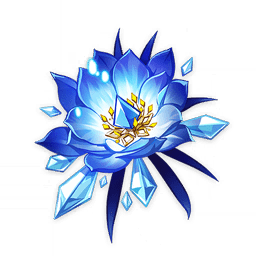 A much easier way to play Ganyu is by building her for a Freeze team. Although her weapons stay the same, the artifact set changes completely.

Performs up to 6 consecutive shots with a bow.

Perform a more precise Aimed Shot with increased DMG.
While aiming, an icy aura will accumulate on the arrowhead before the arrow is fired. Has different effects based on how long the energy has been charged:

Trail of the Qilin

Coalesces atmospheric frost and snow to summon a Sacred Cryo Pearl that exorcises evil.
During its ability duration, the Sacred Cryo Pearl will continuously rain down shards of ice, striking opponents within an AoE and dealing Cryo DMG.

Harmony between Heaven and Earth

Preserved for the Hunt

Refunds 15% of the ores used when crafting Bow-type weapons.

Increases the level of Celestial Shower by 3.
Maximum upgrade level is 15.

Opponents standing within the AoE of Celestial Shower take increased DMG. This effect strengthens over time.
Increased DMG taken begins at 5% and increases by 5% every 3s, up to a maximum of 25%.
The effect lingers for 3s after the opponent leaves the AoE.

Increases the level of Trail of the Qilin by 3.
Maximum upgrade level is 15.

Using Trail of the Qilin causes the next Frostflake Arrow shot within 30s to not require charging.

Ganyu gets a boost to CRIT DMG as they ascend.

This showcase features Zy0x with a complete guide for Main DPS Ganyu, including artifacts, team comps, and playstyle. He also has a Sub DPS Ganyu guide on his channel if you're interested in playing her that way.